The Bulk and Branes of the Operation

So just how small is one of these Strings? Scientists use a measurement called the Planck Length, named after Max Planck, to describe them…

Most of us are used to seeing rulers and tape measures. Here in America, we use Feet and Inches.

Thus, Inches are generally the smallest form of measurement the average person uses in most measuring activities. 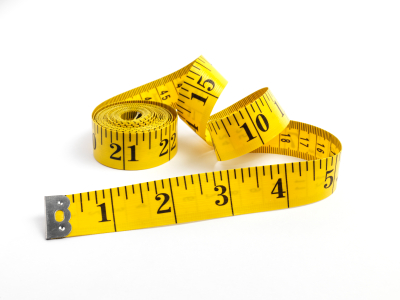 But what if one wanted to measure the size of something smaller than an Inch? Much smaller, say like the size of an Atom for example?

In that case, new terms and scales of measurement have to be invented to break things down into smaller ‘tape measures’ if you will.

Thus Scientists came up with words like “Nanometer” (the thickness of cell membrane) for example and “Picometer” (the wavelength of the shortest X-rays).

Still smaller we have the Femtometer (the radius of an Electron) and if we keep going smaller and smaller, we eventually reach the smallest form of measurement in existence called the Planck Length…

Now in order to get an appreciation for just how small a Planck Length is we must use an analogy.

Imagine a kitty cat playing with a ball of string… 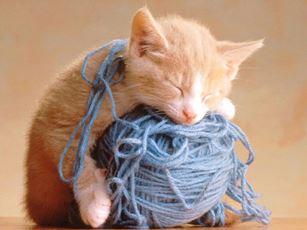 That’s quite a difference in size.

Now that we have a basic understanding of Strings and their relative sizes, it’s time to go deeper into M-Theory.

If we meditate a bit on the Word of God, we begin to realize that something is missing from the equation. Words generally need some sort of medium or ‘Membrane’ to be written upon.

Enter… the “Brane”, short for Membrane…

Scientists have many ways of describing these, so we’ll stick to just the basics.

Imagine if our entire universe existed within a single slice of a small chunk of wood from a very large tree, say “The Tree of Life” for example...

"In the midst of the street of it, and on either side of the river, was there the tree of life, which bare twelve manner of fruits, and yielded her fruit every month: and the leaves of the tree were for the healing of the nations"

Note that the Tree yielded Her fruit. There’s that Wisdom reference again.

Scientists call this chunk of wood “The Bulk”... 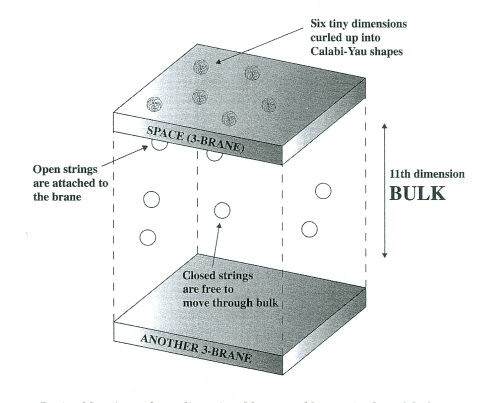 Hmmm. That diagram looks familiar. Where have I seen that shape before? 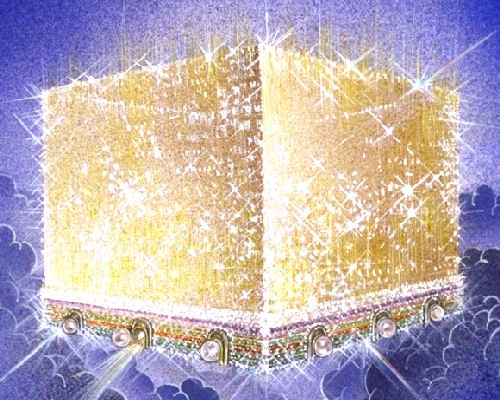 Yes indeed. The very diagram these Scientists use to describe M-Theory is beginning to look an awful lot like New Jerusalem isn’t it?

Note that M-Theory, in it’s current state, has eleven dimensions total to describe it. Each dimension is like a paper thin slice of the Bulk of Life… sort of like pieces of paper, layered in a note pad… 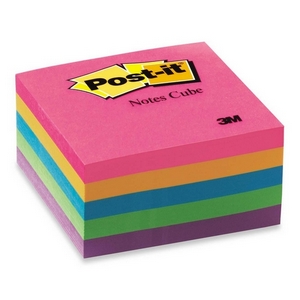 Each piece of paper is called a Membrane.

New Jerusalem has twelve of these membranes, layered on top of one another… 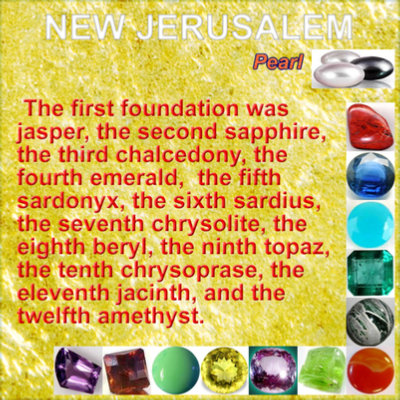 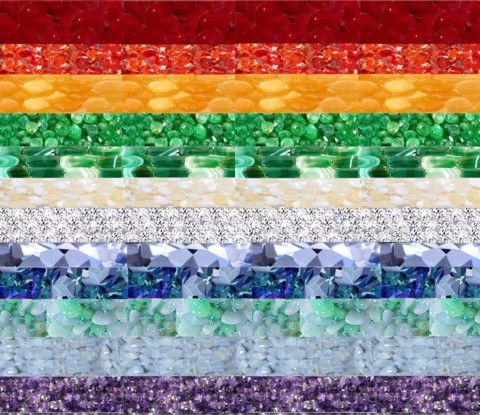 It’s just one layer more. It could very well be that one day the Scientists may revise their theories to include the extra layer.

Some of these Scientists are already theorizing this very possibility. Here is a twelve dimensional theory dubbed “F-Theory”…

The “F” stands for “Father” by the way. Lol. No surprise there.

In the three part NOVA series called “The Elegant Universe”, Brian Greene, a leader in the field of M-Theory, explains how it all works in layman's terms.

Fast forward to 27:00 to hear his analogy regarding The Bulk…

Personally, I like the Book of Life analogy better than the loaf of bread one.

Now when we compare the Word of God to Strings... and Scrolls to the Membranes the Word is written upon... we get an intriguing match… 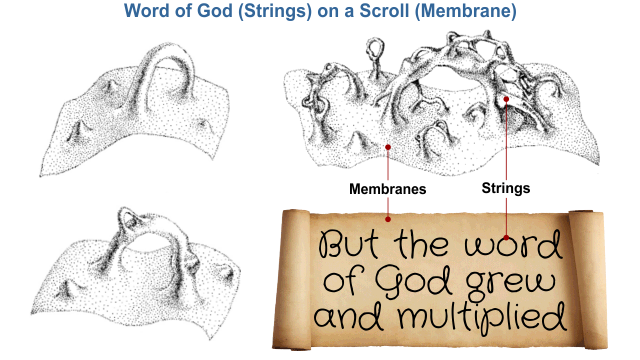 Add this to New Jerusalem and M-Theory… 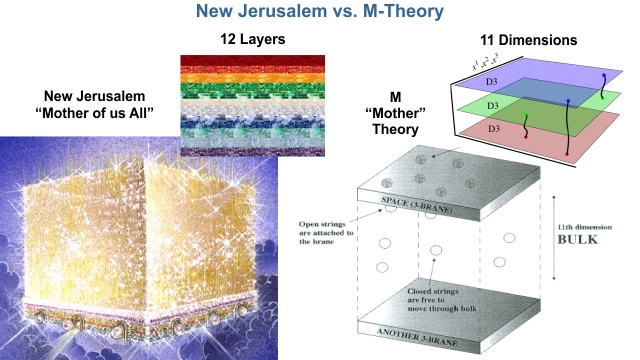 ...and we end up with a Quantum Foundation on which we can build our theories upon... 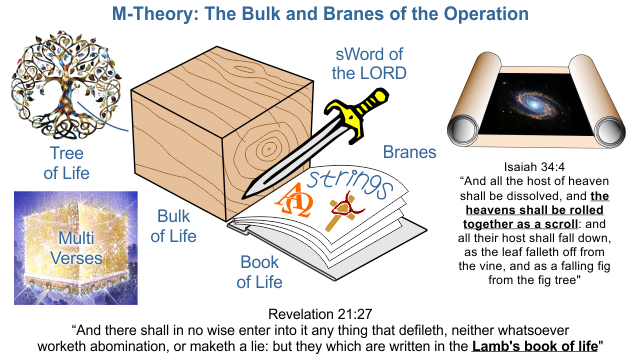 You gotta love how the Heavens are being described as existing on a thin Membrane just like M-Theory! 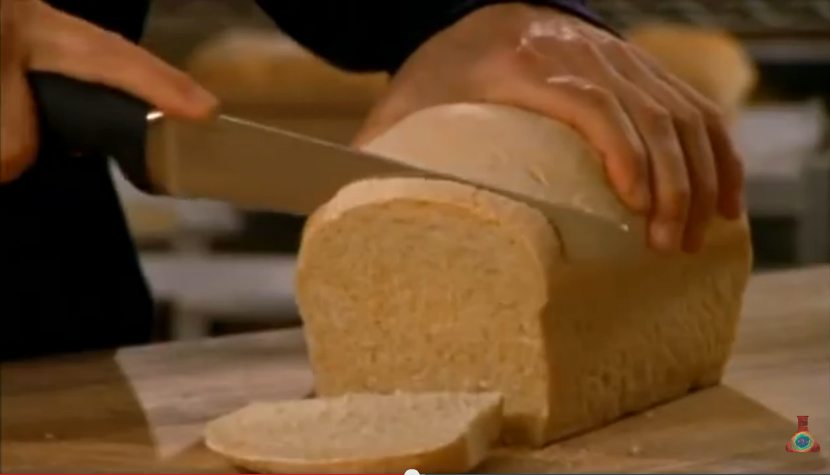 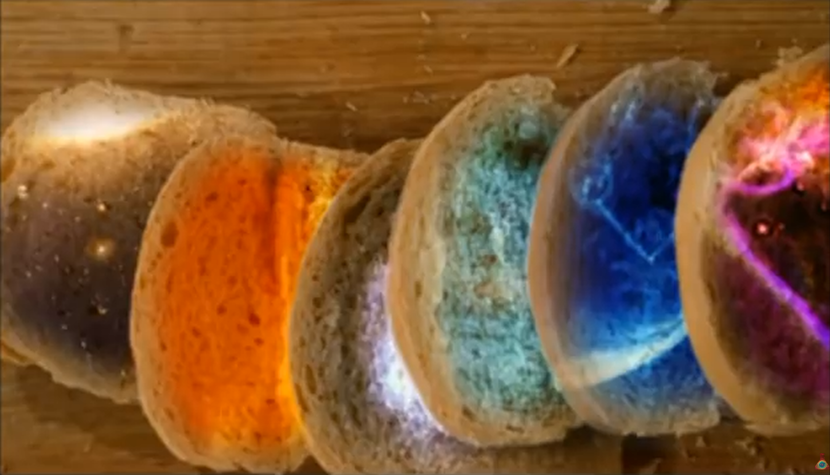 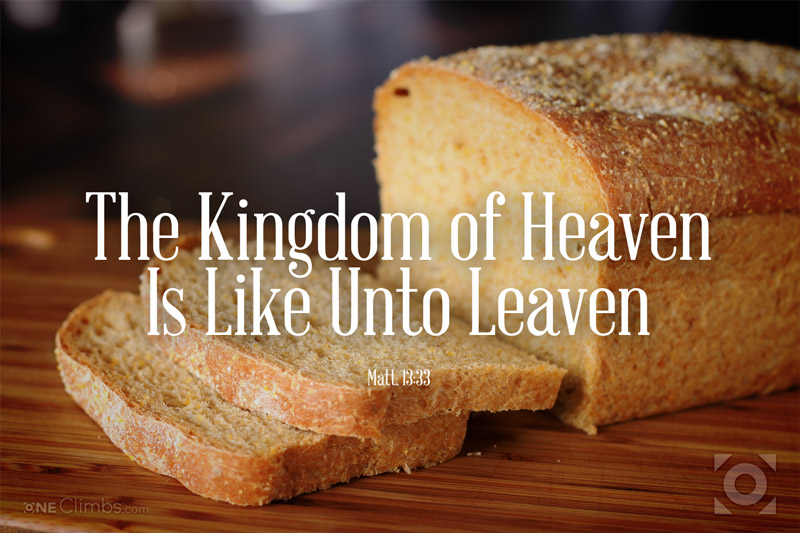 M-Theory and the Word of God