The Godhead vs. The Atom

It’s now time for the Godhead, often referred to as The Holy Trinity or as we will call it in this study… the Atom.

The basic structure of an Atom consists of three parts…

Bible Christianity has a similar structure called The Godhead…

When compared, the similarities are intriguing... 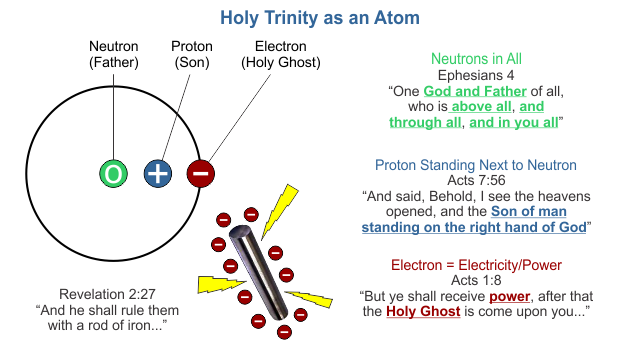 But is this simply a case of pareidolia? Why this particular arrangement?

Good questions, let's take this one Sub Atomic Particle at a time and gather the necessary evidence to build our case.

Please note that if one isn’t using the 1611 King James Version of the Bible, a huge problem arises right away.

This is because many of the newer translations of the Bible have taken the Godhead verses out...

“For there are three that bear record in heaven, the Father, the Word, and the Holy Ghost: and these three are one”

“For there are three that testify”

That’s it. That’s all the New International Version says, or rather doesn’t say, about the Godhead. The Father, Word and Holy Ghost have been completely censored!

Why? If you’re a KJV only Christian, you already know the answer. If not, then let’s just say that there is a very sinister agenda to keep Truth hidden from the masses.

The Powers that be simply DO NOT want anyone knowing one of the most (if not *the* most) powerful verses in the entire Bible. It’s been a hotly debated topic, even to this day, by those wishing to keep the masses ignorant.

Thus, we will use the KJV version throughout this lecture except in a few rare cases where the English is easier to understand for the beginner.

So… before we begin, how about a fun refresher on what we’ve learned so far? 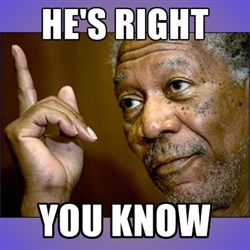 The Holy Ghost vs. The Electron